Bruce Lee (Lee Hsiao Lung), was born in San Fransisco in November 1940 the son of a famous Chinese opera singer. Bruce moved to Hong Kong when he soon became a child star in the growing Eastern film industry. His first film was called The birth of Mankind, his last film which was uncompleted at the time of his death in 1973 was called Game of Death.

Bruce was a loner and was constantly getting himself into fights, with this in mind he looked towards Kung Fu as a way of disciplining himself. The famous Yip Men taught Bruce his basic skills, but it was not long before he was mastering the master. Yip Men was acknowledged to be one of the greatest authorities on the subject of Wing Chun a branch of the Chinese Martial Arts. Bruce mastered this before progressing to his own style of Jeet Kune Do.

At the age of 19 Bruce left Hong Kong to study for a degree in philosophy at the University of Seattle in America. It was at this time that he took on a waiters job and also began to teach some of his skills to students who would pay. Some of the Japanese schools in the Seattle area tried to force Bruce out, and there was many confrontations and duels fought for Bruce to remain.

He met his wife Linda at the University he was studying. His Martial Arts school flourished and he soon graduated. He gained some small roles in Hollywood films - Marlowe- etc, and some major stars were begging to be students of the Little Dragon. James Coburn, Steve McQueen and Lee Marvin to name but a few. He regularly gave displays at exhibitions, and it was during one of these exhibitions that he was spotted by a producer and signed up to do The Green Hornet series. The series was quite successful in the States - but was a huge hit in Hong Kong. Bruce visited Hong Kong in 1968 and he was overwhelmed by the attention he received from the people he had left.

He once said on a radio program if the price was right he would do a movie for the Chinese audiences. He returned to the States and completed some episodes of Longstreet. He began writing his book on Jeet Kune Do at roughly the same time.

Back in Hong Kong producers were desperate to sign Bruce for a Martial Arts film, and it was Raymond Chow the head of Golden Harvest who produced The Big Boss. The rest as they say is history. Bruce moved back to Hong Kong with his wife Linda and they had two children - Shannon and Brandon.

Bruce Lee was the fittest person in the world his exercise regime was one of the most strenuous you could imagine.

Tragically this fitness proved to be the fatal chink in his armour, 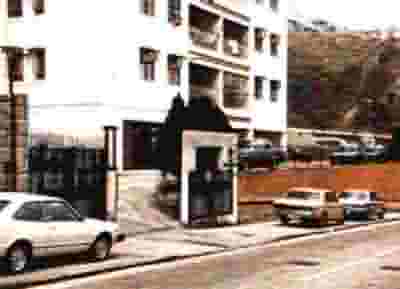 on July 20th 1973, Bruce Lee died from a brain haemorrhage due to an allergic reaction from an analgesic pain killer he was taking for a headache. Doctors were stunned, as he seemed so fit and strong.

Bruce had two funerals; the first a symbolic one in Hong Kong where over 120,000 people lined the streets to pay their respects. A special plane was organised to complete the second funeral in Seattle, America - where Bruce is now buried. Pall bearers were many stars from Hollywood, who he had taught during his time there. Linda now resides there with her daughter Shannon Lee.

Brandon Lee was killed on a set of The Crow in 1994. Another tragic accident to the family of Linda Lee.